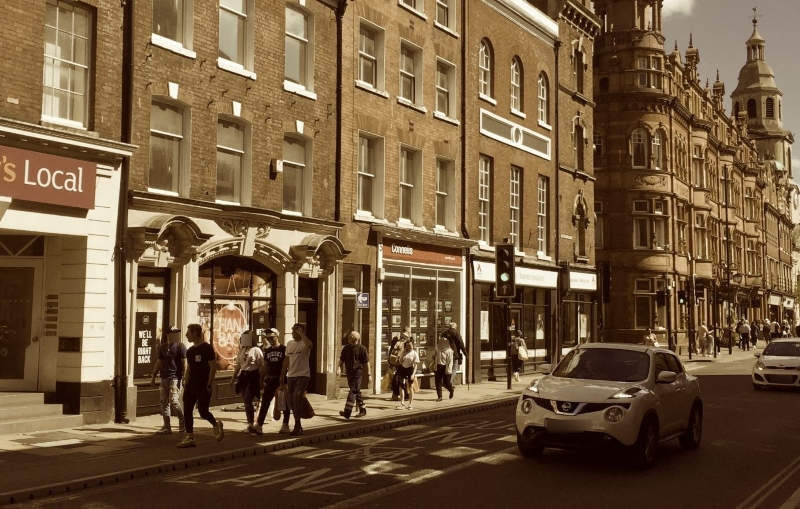 “With police funding for community policing – especially for business-related low-level crime and ASB – at an all-time low and a reduction of ‘feet on the street’ to deal with this type of crime, local business communities, BIDs and private-sector crime-reduction schemes are taking pro-active, positive steps to protect both their local business community and their public with Disc.”

Bedminster BID was driven to get in touch in response to a sudden spike in local ASB in its area. It contacted Disc last month and its Disc system was implemented the same day.  The BID team is currently configuring its new system to meet their bespoke needs before going live and becoming the latest of nine Disc systems in the Avon & Somerset police force area.

Having been impressed by the Disc system in Skipton, North Yorkshire and finding that low-level crime and ASB are very much issues even in smaller towns in rural areas, Northallerton BID has decided to implement its own Disc system. “We’re especially pleased to welcome Northallerton” says Charlie Newman. “North Yorkshire is the most rural of all police forces in England and Wales and is set to benefit from Disc as much as large towns or urban areas”.

Newton Abbott Security Trust (NAST) is a great example of how a small scheme can use Disc to extend its coverage, making it more financially sustainable and effective.  Tom Hirst, Town Centre Security Manager has chosen Disc to support NAST which looks after the local shopwatch and night-time economy as well as the CCTV system around the town, but the plan is to extend the system to cover neighbouring small towns including Kingsteinton, Bovey Tracey and others.

Tom explains, “We had growing concerns about compliance with our existing paper-based system, but mostly we were drawn to Disc because of its ease-of-use and the overall professionalism of the system”.

The Traders Association in this seaside town has adopted Disc to support its retailers and the wider day-time economy.  Together with two new county-wide Disc systems implemented in August by Sussex Police (see ‘Innovative Disc Implementations’ news item) the total number of Disc systems in Sussex is now 13.

The BID in Preston, managed on behalf of its levy-payers by North & Western Lancashire Chamber of Commerce, has acquired Disc to support its crime reduction programmes in the city.  Preston becomes the fifth town in Lancashire to adopt Disc and we hope to see them linked together in future to support wider information sharing across the force area…

This new Disc implementation will support the night-time economies across two adjoining BIDs – Bristol Broadmeads (a long-time Disc user for its daytime economy) and Bristol City Centre BID (which is new to Disc).  This collaborative launch is a step forward in self-managing low-level crime at night-time ASB.  Management of the new Disc system has been outsourced to the South West Business Crime Centre.

Northampton BID will be using its new Disc system to share ASB-related current awareness and offender data across all the BID levy-payers, most of whom are not retailers. It will link closely with the long-established retailer-only Disc system run by Northampton Business Crime Partnership for sharing current awareness information. It’s the first Disc implementation which targets anti-social behaviour only and engages with all levy-payers in a BID – not just retailers and licensees.