Preventing and deterring low-level crime in Carlisle – with Disc

Home / Preventing and deterring low-level crime in Carlisle - with Disc 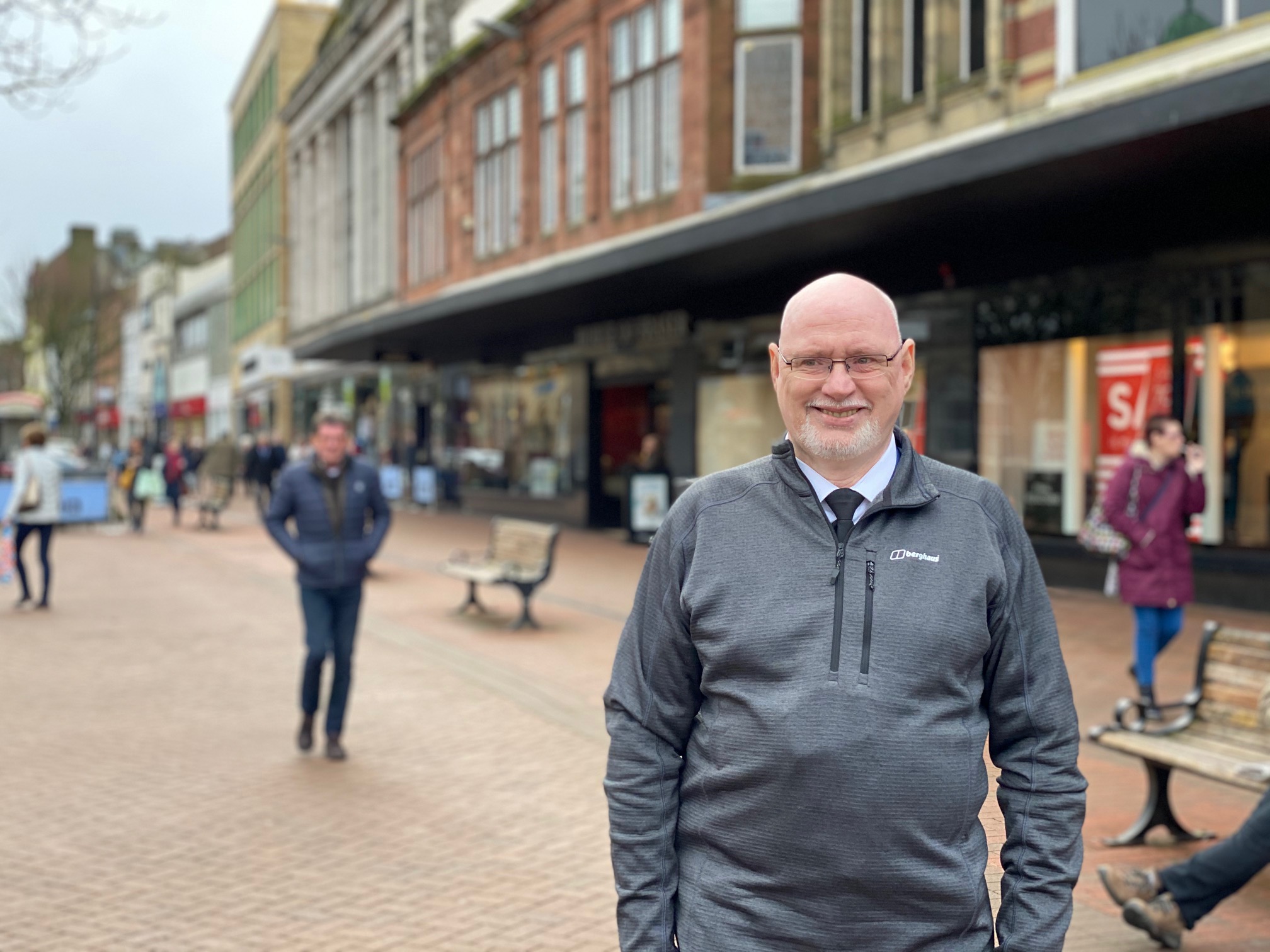 Carlisle Shopwatch was set up in 1996 with the strong support of Cumbria Constabulary, working with the local council and retailers. With the gradual reduction in on-the-ground policing in the city-centre, its effectiveness suffered: twenty years later the scheme was effectively dead.

But as low-level retail crime and anti-social behaviour grew in and around Carlisle’s retail areas, so too did the concerns of police and of Cumbria’s Police & Crime Commissioner. So, in 2017 John Nugent was tasked to bring the Shopwatch back to life, with the aid of funding from the PCC.

John had spent his life working in retail security in and around the city, so he was well positioned to breathe new life into the scheme based on a revitalised relationship between retailers and police.

Renamed Carlisle Crime Reduction Partnership, today its membership includes all the major retail multiples in the city as well as independent retailers, the local leisure centre and hotels, and operates across Carlisle and the smaller town of Penrith, 20 miles down the M6.

Today over 120 members benefit from direct interworking with the police, plus use of the partnership’s own radio scheme and access to its Disc online information-sharing system, acquired with financial assistance from the PCC in 2017.

The implementation of banning schemes in Carlisle and Penrith has helped turn the rising tide of low-level crime, especially shoplifting, as well as ASB, in the city centre.  It has done so while placing minimal demands on police’s scarce resources, and is leading a range of initiatives that go beyond simply banning known offenders from members’ premises.

One of these is the Partnership’s fortnightly ‘detect and deter’ covert operations in the city centre.    Says John Nugent: “I go out with two colleagues, armed with the Disc App and our radios, to identify and observe known offenders.  When we see them engaged in shoplifting for example, or entering premises from which they are excluded, we report the incident into Disc and request that they leave the premises;  or we may call the police if it’s necessary to detain or arrest them”.

The police support these operations by deploying officers in the city centre specifically to be available if and when John and his team request assistance over the scheme’s radio, or to arrest and detain offenders where necessary. In 2018, the operation resulted in 67 arrests, mostly resulting in community resolution.  In the 2019 the figure was 81.

“Police can’t do this work – but they make themselves available during our operations so we can call them on the radio, and they do the arrest” says John, who also completes Witness Statements (MG11s) in cases which may go to court.  He will also update the partnership’s Disc system so members are kept up to date on which offenders are currently active and prolific.

“This work is effective in terms of deterrence and is really helping to fill ‘the policing gap’” says John. “But we couldn’t do it without the active support of police. We have been helped enormously by our local police inspector who is especially keen to support this work, and to provide the ‘proactive team’ working in uniform or plain clothes, to be available as back-up if necessary.

“This is real, practical and effective inter-working” says John.  “Our PCC Peter McColl came on one of our covert sessions and was amazed at the work we do. Now our new mayor wants to come out with us too!”.

Carlisle Crime Reduction Partnership benefits from a formal Information Sharing Agreement with Cumbria Police (who carry the partnership’s own radios alongside their own police radios, and have the partnership’s Disc App on their new smartphones) and also works closely with the city council Community Safety teams.

This includes interworking with the council’s early intervention team to identify disadvantaged young people who are active in low-level crime and ASB and to refer them to the council’s cross-agency youth engagement programme, ‘Inspire’. The Partnership also works closely with the PCC-funded ‘Remedy’ programme which uses Restorative Justice and Community Resolution interventions to keep early-stage offenders out of the formal criminal justice system and divert them away from potential criminal careers.

When John Nugent took over the struggling Carlisle Shopwatch scheme in 2017 his first and most important priority was to increase engagement between the scheme and local retailers. “We had tried Shopwatch Online, but the system didn’t work for us.  Then I a saw a write-up in a security trade magazine about Disc and made enquiries. I looked at Disc – and took the idea back to members, who were keen.

“Our Cumbria PCC was prepared to support the idea on the condition that it would support police as well as our members.  Happily, we were able to demonstrate how it would indeed build closer and more effective links, so he agreed to fund Disc for one year. Today Disc is essential to the partnership.  It has enormously increased the level of information-sharing between members and between us and the police” says John Nugent.

John is the sole administrator of the partnership’s Disc system. “I prefer to do it all – although I have to say, Disc is really very easy to use”. He works a total of 20 hours a week for the partnership, of which about eight are spent on Disc.  “Managing the partnership would take much longer if we were paper-based.  Now Disc means we don’t need to print – or distribute – newsletters and images of offenders; everything is shared online in Disc, including minutes of meetings and other documents.  Members get everything through Disc – it’s staggering how much information is in there now!”

Ninety per cent of members use the Disc App in preference to the Disc Desktop.  Says John: “It’s convenient and quick to use, plus it helps where retailers don’t allow their staff to access Disc through their intranet.  We also use Disc’s Instant Messaging system a great deal for sharing urgent, important information, like when a member sees an excluded offender on the prowl and can instantly let other members know. It’s been really useful.”

Disc has also helped with managing ‘public realm’ issues. Sharing information about beggars, street drinkers or rough sleepers who have been served with Criminal Protection Notices means that PCSOs can intervene and moved them on.  Or identifying and deterring organised professional begging ‘teams’ who target the city from time to time.  Or helping the partnership report to council officers and environmental enforcement teams.

Carlisle Crime Reduction Partnership’s Disc system is now linked into the National Business Crime Solution’s current-awareness system.  Information about prolific offenders travelling in the North West sent out from the NBCS can be delivered direct into Carlisle’s Disc system where it can be immediately distributed to members through their Disc App or Desktop.  The partnership is also in the process of being accredited by the NBCS to the Business Crime Reduction Partnership National Standards.

Says John Nugent: “Our partnership uses the Disc system every day, and it’s a massive asset in targeting offenders and reducing crime and anti-social behaviour in the city. We’re really pleased with it, and the positive comments from members show what an important tool it is for us. The system is constantly being enhanced with new functions – so I am sure Disc will be our information sharing system for years to come.”