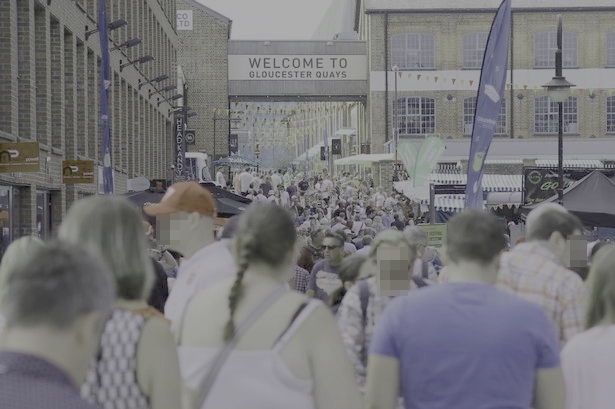 Over the last four years, Dr Andrew Stafford and his team at the University of Gloucestershire have been studying the performance of Gloucester’s city-centre crime reduction scheme.  In particular, it has asked two key questions: does the scheme help reduce low-level crime and, if so, how much?

The answers, based on objective and scientifically gathered statistical evidence gathered over the four-year period, are clear and unambiguous: the crime reduction scheme has made a substantial impact on reducing low-level crime at a time when policing levels have reduced substantially and continues to do so.

Gloucester City Safe‘s membership comprises most of the city centre’s retailers.  Through the crime reduction scheme, they identify ‘offenders’ reported for activity that threatens their property and/or the safety of their staff and customers. Once identified, the offenders are given a formal warning – a ‘Yellow Card’: if they are reported again within a given period, they will receive a ‘Red Card’ which means they’re banned or ‘excluded’ from the premises of all the members of the scheme for a further period.  ‘Two Card’ schemes like these operate in towns and city-centres throughout the UK.

Stafford’s research shows that almost four out of every five first-time offenders do not go on to re-offend.  Of those that do, one-in-three do not re-offend again. The research also shows that offenders that re-offend chose not to do so in the premises in which they were originally reported.

Schemes like Gloucester City Safe are filling a critically important part of the ‘Policing Gap’ that has been created by the withdrawal of on-the-ground policing in towns and city centres throughout the country.  Indeed, more and more police forces are actively supporting the creation of schemes like these.  They see them not only as a way of reducing low level crime but also of encouraging early-stage offenders to address their behaviours before they climb any further on what can often be an escalator into more serious crime.  And at the other ‘end’ of the gap, schemes like these help police identify prolific, sometimes professional offenders, so that they can concentrate their resources more effectively on bringing the to justice.