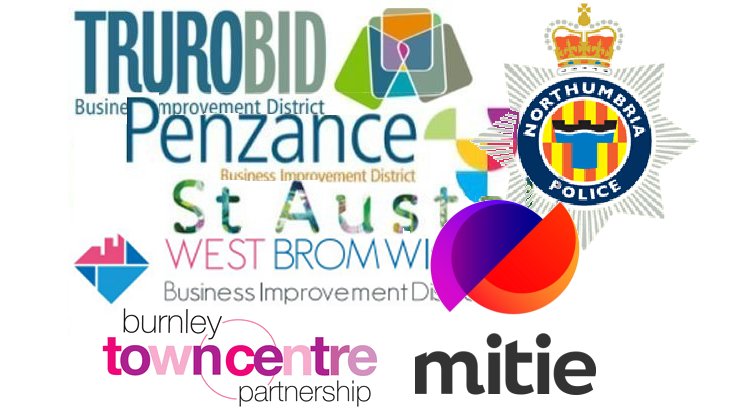 Since our previous eNewsletter in May, we’ve implemented ten new Disc systems including three in Cornwall and our first for Northumbria Police, to support a new business crime reduction scheme in South Tyneside.

From Cornwall to Northumbria…

Truro, St Austell and Penzance BIDs have each signed up with Disc to reduce low-level crime and ASB in their own areas – and link together across the county for cross-Disc information sharing. “We’ve been looking to establish Disc in Cornwall for some time” says Littoralis’ Charlie Newman, “so we’re delighted that three have decided to adopt Disc!” These join three other Disc systems already serving Exeter, Plymouth and Newtown Abbot, making a total of six Disc systems across the Devon & Cornwall policing area.

At the opposite end of the country, Northumbria Police has chosen Disc as its information-sharing platform for a new project supporting businesses in its South Tyneside district. Disc will initially be used to support retail crime reduction in South Shields. The hope is that it will extend its coverage across the wider South Tyneside area and ultimately, if the pilot goes well, across the whole force area.

“Northumbria policing area is unique” says Charlie Newman of Disc “in that the bulk of its population is in the major metropolitan areas of Newcastle, Gateshead and Sunderland, while the bulk of the area is across Northumberland itself – one of the must rural counties in the UK. Obviously we’re optimistic that, in time, the rural variant of Disc can be deployed here to address the special needs of rural crime reduction, as it is already being used in other rural areas in the UK.”

Burley BID in Lancashire and West Bromwich BID in the West Midlands have both chosen Disc to support their levy-payers. Burnley BID, managed by third-sector management company Groundwork, has invested in two linked Disc systems to support respectively its retail and night-time economies. These join existing Disc systems in Blackburn, Blackpool and Preston – creating the potential for a powerful information-sharing network across the Lancashire policing area.

West Bromwich Town Centre BID is the seventh Disc customer in the West Midlands policing area, along with Coventry, Kings Heath, Soho Road, Solihull and Wolverhampton BIDs, and the Bullring & Grand Central shopping malls which dominate the retail centre of Birmingham. West Brom will be using Disc to support the work of its Town Ambassadors who patrol the BID area six days a week and will enable the BID to support an Exclusion Scheme for its retail levy-payers.

Mitie, one of the UK’s leading security companies, has invested in its own Disc system to help share low-level crime and ASB intelligence among its customers. Its client Hammerson, the UK’s largest shopping centre company, already uses Disc to manage Exclusion Schemes in each of its malls across the country; Mitie’s investment in its own Disc system means it can access that information too, to help not only Hammerson but also its other retail clients.

“It’s a great vote of confidence in Disc when existing customers invest further in the product” says Charlie Newman, “which is exactly what Luton and Eastleigh BIDs have done”. Both have been supporting their retailers with Disc for some years and have now extended their role to support their local night-time economies. Compliance with data protection obligations has led each to invest in separate systems for the purpose. For them, a second Disc implementation proved more cost-effective than converting their existing Disc systems into a multi-scheme Disc SC system. Read more about Disc SC here.